The Tech Policy Greenhouse is an online symposium where experts tackle the most difficult policy challenges facing innovation and technology today. These are problems that don't have easy solutions, where every decision involves tradeoffs and unintended consequences, so we've gathered a wide variety of voices to help dissect existing policy proposals and better inform new ones.
Benton Study Again Shows How 'Open Access' Broadband Networks Can Drive Competition, Improve Service
Nancy Pelosi Sells Out The Public: Agrees To Put Massive Copyright Reform In 'Must Pass' Spending Bill
Perpetually Missing from Tech Policy: ISPs And The IoT
Colorado's Broadband Internet Doesn't Have to Be Rocky 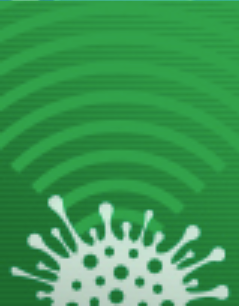 As America struggles with a deadly and historic health crisis, millions of Americans risk getting kicked offline due to economic hardship. At a time when stable access to power, broadband, and water are essential for survival, government agencies tasked with representing and defending the public welfare have been asleep at the wheel.

It’s a problem that extends to broadband connectivity. Data suggests Americans pay some of the highest prices in the developed world for broadband. The pandemic has exacerbated the problem, forcing countless students and teleworkers to huddle around fast food restaurants because broadband isn’t available, or isn’t affordable, in their neighborhood.

While millions of Americans face a mountain of growing utility bills — they’ve seen little help from the federal government.

Back in March the Trump FCC announced with great flourish that it had solved the problem with its “Keep Americans Connected” pledge, an entirely voluntary agreement with broadband providers who agreed they wouldn’t impose late fees or kick users offline during the crisis – at least temporarily.

Despite signing the pledge, some of the nation’s largest ISPs proceeded to ignore it entirely, kicking struggling and some instances even disabled users offline, despite repeated assurances this wouldn’t happen. There was little effort by the FCC to confirm ISPs were living up to the pledge or other pandemic-related promises, such as making Wi-Fi hotspots available to the public, suspending arbitrary bandwidth usage caps and overage fees, and creating or expanding low-cost broadband offerings for low-income Americans.

Despite an accelerating pandemic, the hollow pledge came and went quickly, expiring quietly at the end of June with little fanfare and no substantive FCC action. When pressured by Congress as to why the agency hadn’t done more, the agency punted the problem back to Congress, stating it could only act if lawmakers gave broadband providers more money.

So what were the results of the Keep America Connected pledge and the other promises ISPs made to address the pandemic? Nobody knows. The FCC doesn’t bother to collect data on how many broadband subscribers have been kicked offline during the pandemic due to non-payment. It doesn’t have a clue how many Americans have been disconnected as they face economic collapse, and there’s little to no indication that the agency under Trump has any intention of learning.

Nor does the FCC know whether any of the promised low-cost broadband offerings have made a dent in the tens of millions of Americans who lack broadband either because they can’t afford it, or because they don’t have access to a broadband network at all.

To make matters worse, the Trump FCC has eliminated FCC legal authority over broadband providers and popular consumer protections that would have protected U.S. consumers from bogus fees, surprise surcharges, and predatory behavior during the crisis. Without legal authority over broadband providers, the agency can’t hold any of those companies to their promises — they can simply walk away without penalty. Many already have.

Pinky swears simply aren’t adequate to ensure that struggling Americans can work, learn, have access to health care, and communicate during an historic crisis.

The Communications Act of 1934 gives the FCC ample flexibility to ensure the public is protected during a national emergency. But when it comes to broadband internet access, this FCC is powerless by choice, leaving consumers crippled by debt facing the loss of essential services.

The Biden FCC must make restoring the FCC’s authority over broadband providers its first priority. It is essential to ensuring that all Americans remain connected during this crisis and the inevitable crises to come. It is also essential to protect consumers from price gouging, account termination, privacy violations and unfair market practices.

The next FCC must also collect more accurate data about who does and doesn’t have broadband and why they don’t have it. The FCC’s current data grossly overstates the number of Americans who have access to broadband and doesn’t take into account the principal reason many don’t adopt broadband – cost. When the broadband industry makes promises to protect consumers and close the digital divide, the impact should be documented and made public.

Press releases and promises won’t close the digital divide – effective policies and strong oversight will. The American people deserve an FCC that’s committed to ensuring that everyone has access to affordable and robust broadband.

Gigi Sohn is a Distinguished Fellow at the Georgetown Institute for Technology Law and Policy and a Benton Senior Fellow and Public Advocate. She served as Counselor to Former FCC Chairman from November 2013-December 2016.

At a time when stable access to power, broadband, and water are essential for survival

What about food? Is that guaranteed?

What an ODD item to leave out.

Anyhoo, you wander all over the place, with of course Trump Derangement Syndrome atop your raving.

I considered an actual serious reply until I saw "Trump Derangement Syndrome". Once someone self-identifies with that projection there is no point in trying logic or reality.

I hope you get the help you need to live a productive and safe life within the bounds of your unfortunate situation.

Ditto to your statement above.

What about food? Is that guaranteed?

You would think all the necessities of life would be guaranteed, but people still have to work 40-plus hours a week only to afford mere survival. So if we’re not guaranteed water, power, and shelter, food sure as shit isn’t guaranteed.

Welcome to the real world, motherfucker.

You would think all the necessities of life would be guaranteed

No, you would not. Some countries have tried that and failed miserably. Decades after their governments failed the citizens of those countries still do not have adequate… anything. Socialism/communism has failed. Democracy isn’t far behind. It turns out that power and greed fuck everything up.

No country that calls itself (or has ever called itself) “socialist” or “communist” is(/was) socialist or communist. Dictatorships and police states call(/called) themselves those things as a form of disguise for whatever they do(/did). That way, if those in power are ever ousted from power, the people can be told “socialism didn’t work” or “communism failed” and go back to accepting capitalism as “the correct way” or whatever.

Point is, no “pure” socioeconomic ideology — including capitalism — can ever work. Even the United States, a country whose leaders love to crow about how capitalist it is all the time, doesn’t run on “pure” capitalism. Anyone who tells you otherwise can be shut down with two words: Social Security.

Pure capitalism does not work either.
Free market – lol

Why would he not think this? Is it an impossibility? People think about a lot of thinks, is this taboo?

"Some countries have tried that and failed miserably."

Examples would be nice.

I can’t speak to the other examples, but…

Cuba’s economy suffered not because it was a communist country (and it wasn’t, at least not entirely), but largely because of economic sanctions from (among other countries, I’m sure) the United States.

Venezuela (a semi-recent experiment in socialism)

No. No, it was not. Venezuela’s past 40 years or so was capitalist authoritarianism claiming to be “socialism”, and it was built upon an unsustainable economy driven in large part by the oil trade. “Socialism” didn’t “destroy” Venezuela — shitty leaders with capitalist/authoritarian policies designed largely to enrich themselves did that.

Are you claiming the listed countries tried to supply their populations with all the necessities of life ?

Are you claiming these countries were/are communist or socialist?

I assume your opinions are based upon a general sort of layman’s interpretation of political systems of governance rather than that of someone who has studied political science and therefore uses standard definitions.

It is a common problem.

Communism = totalitarism. There is absolutely no way of providing every person with all the basic necessities, because of that thing called "scarcity". GET. THAT. INTO. YOUR. THICK. SKULL. YOU. MORON.

Some selection will always be necessary and I rather have a system where everybody has equal chances than one where whoever Glorious Leader doesn’t like doesn’t get to eat.

Your boy lost, blue. Get over yourself.

Hasn’t realized they’ve called the Electoral College already. And that the all fraud cases got concluded in courts.

The Trump FCC under Pai has done none of the things it was meant to do, ie protect ordinary citizens and their sccess to the Internet etc but done everything possible and more to ensure ISPs can have free rein to screw customers in whatever ways are available! Absolutely disgraceful conduct from an organisation and from certain members sitting on the panel. This is typical of the attitude of selfish, self-centred officials who care nothing for their positions and everything about their own bank accounts. Is it any wonder that USA broadband is the joke of the non-3rd world? Is it any wonder that USA democracy has all but been replaced by money grabbing bankers?

Term limits will HELP fix some of what ails us.
As far as a socioeconomic type that has or has not worked, through the eons, CAPITALISM HAS BEEN THE MOST WORKABLE, and has moved more humans out of proverty, off the streets, than any other. So, for all you complainers, show us, demonstrate to us, one other type that has worked in human history as well as good ole GREEDY CAPITOLISM, or stop complaining!

Sorry, dude, but “pure” capitalism doesn’t work. If you need proof, look at how many people hold the vast majority of wealth in the United States alone. Jeff Bezos is worth more money than he could ever spend in his lifetime and millions of Americans don’t know when they’ll be able to eat again, but sure — keep telling me how capitalism is great.

“Pure” capitalism isn’t the one-size-fits-all perfect solution to anything. That’s why the U.S. offsets that with socialist policies and programs — you know, the stuff that gets funded with taxpayer dollars. The U.S. military, the police, Social Security, public libraries, and even public roads? They’re all socialism in action. If you want to do away with socialism in the U.S., feel free to try…but don’t say you weren’t warned if Social Security were to go down the drain because of your efforts.

Well-regulated capitalism does work. Unfortunately, in the US, the well-regulated qualifier is missing from the equation.

We will present to you your hash weed at the accommodation of your home through our solid, secure, and quick conveyance administration.
<a href="https://premium-hash.com/“>hash weed</a>

Thanks for sharing with nice blog. So I would request to read about my health services. We are the best hospital in Chhattisgarh. We provides best Health care service or health solution to our patients in Chhattisgarh. Visit here for more info – http://www.sankalphospital.com